What is a Kimono? 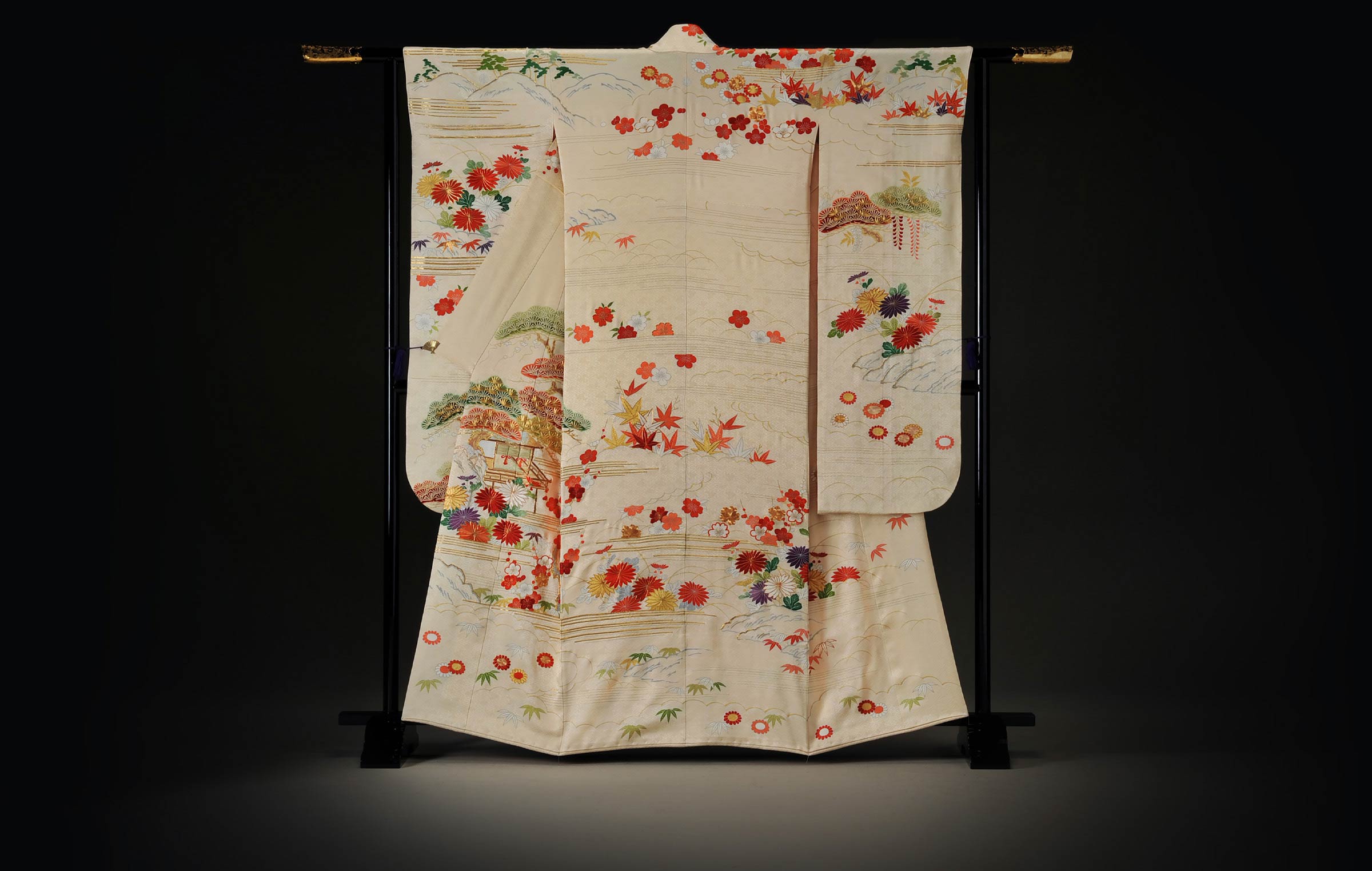 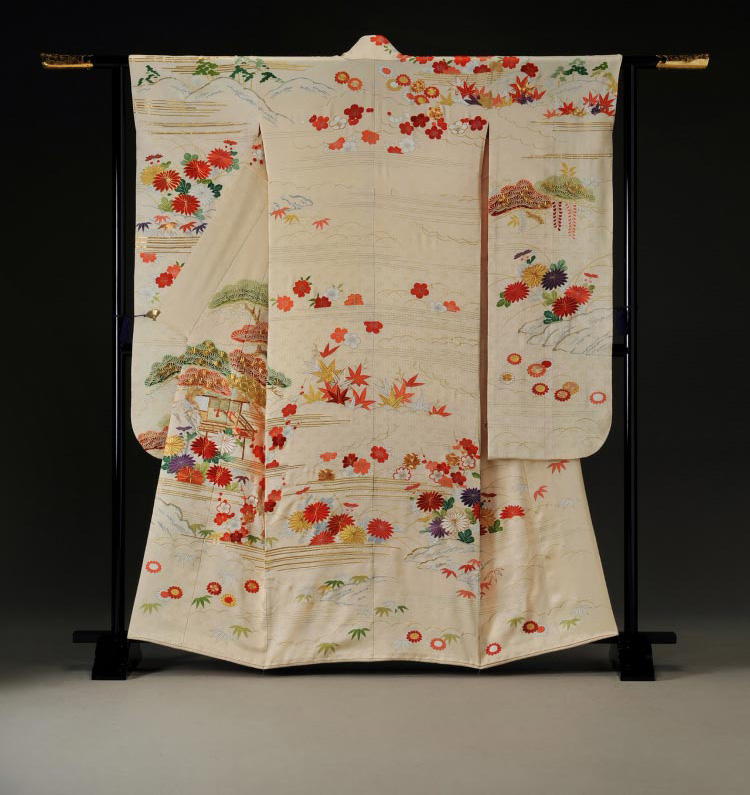 Anatomy of a kimono

TThehe term kimono, meaning “thing to wear,” was first adopted in the mid-19th century. Originally worn by commoners, or as an undergarment by the aristocracy, from the 16th century, the kimono became the principal item of dress for all classes and both sexes. It remains an enduring symbol of Japanese culture today.

Kimono are straight-seamed garments that are made from single bolts of cloth cut into seven straight pieces: two panels extending up the front, over the shoulder, and down the back—to create the body; two for the sleeves; two for the overlaps; and a narrower panel for the neckband. They are worn wrapped left side over right and secured with a sash called an obi.

In the weeks ahead, we’ll explore the different styles of kimono.

The main style of kimono is known as kosode (literally “small sleeves”), a short-sleeved kimono. From this type, there are variations, two of which will appear throughout this virtual exhibition:

Uchikake, a kimono reserved for the formal wedding ceremony or the reception festivities.